How I built a PWA with Angular and Firebase Part 1: Introduction

This post is part of a series in which I will describe how I built my first PWA. It will touch on many topics such as Angular 2, Ionic 2, Firebase, service workers, push notifications, serverless architectures. I hope you find it useful when building your own PWAs. I’ve spent last month working on my new project. It’s called Friendtainer and it’s a smartphone app which helps you meet with your friends regularly. You can add contacts and decide how often you want to meet. If you fail to record a meeting within given timespan you will start receiving reminders until you record a meeting.

I decided to create the app as a Progressive Web Application (PWA). What is a PWA? It’s a new term coined by Google which basically means a web application which provides a native-like experience on mobile devices. There are a few indicators of whether a web app is a PWA:

What are the advantages of a PWA over a native mobile app? Discoverability! You don’t need to put your app in the App Store or the Play Store. All your users need to do is to go to a specific URL. Besides, you can use your web skills and don’t need to learn platform-specific technologies such as Swift or the Android framework.

As you can see, there are quite a few requirements that the app should satisfy. Let’s take them one by one. 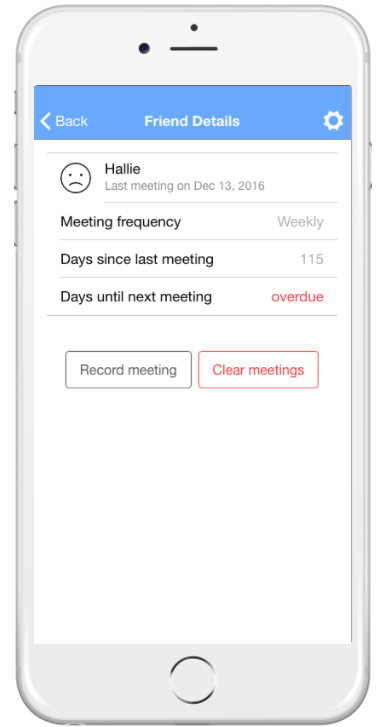 I wanted to develop my app fast and not spend time on setting up infrastructure so I decided to go for serverless architecture with Firebase Database instead of a dedicated backend. Firebase Database is a no-SQL, real-time database that web applications can directly connect to. It is tightly integrated with Firebase authentication and has a powerful validation rule engine. Therefore, it’s possible to avoid having a separate application server. 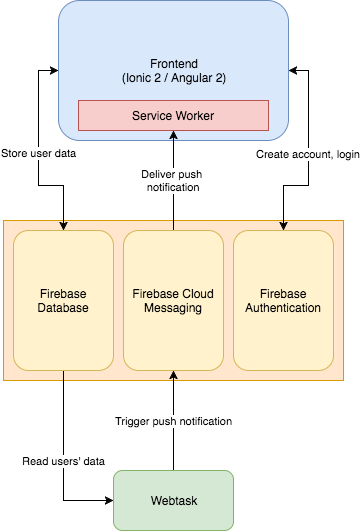 The app will consist of the following components:

If you are not that familiar with Firebase or Webtasks, take a look at my previous post where I talk more about it.